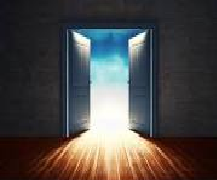 There was fierce persecution orchestrated by King Herod. James, the brother if John, had been executed, and when the king observed that his popularity rose, he decided take Peter, the leader. Peter was imprisoned (quarantined). Given that James had been killed, the Church was awoken from slumber and interceded for Peter and God intervened.

5      Peter was therefore kept in prison, but constant prayer was offered to God for him by the church.

6      And when Herod was about to bring him out, that night Peter was sleeping, bound with two chains between two soldiers; and the guards before the door were keeping the prison.

They then went through some gates unbeknown to the guards. From there they got to the Iron Gate and this opened of its own accord.

Peter thought he was dreaming until he came out, a free man. Soon the angel disappeared. He then realised that God had sent an angel to deliver him.

Despite the ploy, strategy and wickedness of Herod to inflict a great damage to the Church, which would have been had Peter been executed, the intercession of the Church turned the tide and triggered the release of an angel to do what may have been regarded impossible.

Peter continued his ministry and won many souls, planted churches and wrote books that formed part of the Canon of the scriptures.

Noteworthy in this story is that Peter was sleeping like a baby, even though he knew that he was next in line for execution.
Secondly there was angelic ministration.
Thirdly there was multiple doors were opened, including the Iron Gate.
Peter went on to do great exploits and fulfilling  his ministry.
So what are the lessons for us during this lock down?
Keep calm like Peter. Refuse to be agitated. Be anxious for nothing…
Expect angelic ministration in these end tines. God remains the same.
Expect multiple doors to open for you, no matter how impenetrable they may seem.
Peter went on to fulfil his ministry and so will you, fulfil your calling, no matter the barricade you face now or in the future.