the Crucifixion and Resurrection 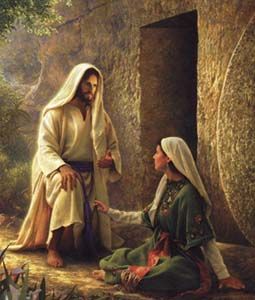 This is a dramatic musical presentation of the ministry of Jesus (briefly) and a few events that led to his crucifixion and eventual culmination and the resurrection as prophesied in the scriptures.

Songs showing videos and live performances (with lyrics given) are used to reinforce various scenes up to the resurrection and exhortation after Jesus died. This could be a picture of our lives at various stages and we need to persevere and trust God for a resurrection even as Jesus rose from the dead. When Lazarus died and four days had past it seemed a hopeless situation but when Jesus arrived He turned the situation around. There is no hopeless situation with God.

This Musical can be performed anytime (especially during the Easter season). It can be adapted as required to suit the time available. You don’t have to sing all the songs. You can also replace the songs with the songs you prefer.

I thank God for inspiring me to package these songs which came at different times in my life to fit this season.

Act 1Scene 1 Jesus Begins His ministry: song: The Spirit of the Lord

6.     Two soldiers who watched over Him

7.     John the beloved and some other disciples

10.Those who rose from the dead

11.Relative of the person who rose from the dead

Jesus begins His ministry after calling His disciples and goes in to the temple and reads Isa61:1-3 in a and all eyes are fixed on Him.

song : the Spirit of the Lord is on me