Fight For your Field (2) 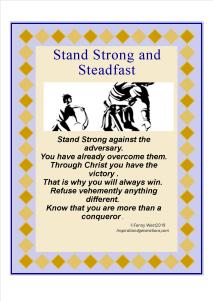 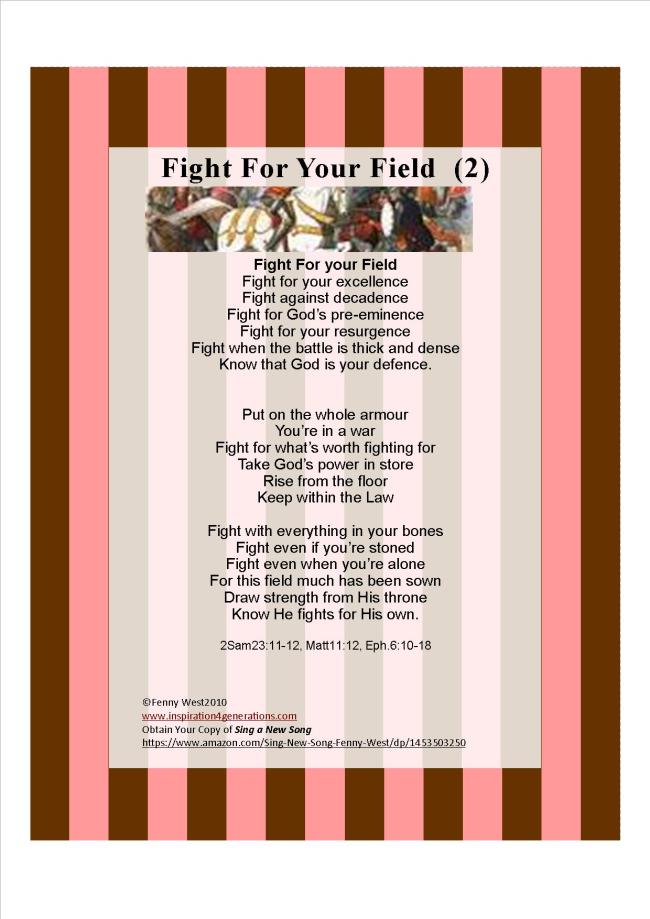 Fight for your excellence

Fight for your resurgence

Fight when the battle is thick and dense

Know that God is your defence.

Put on the whole armour

You’re in a war

Fight for what’s worth fighting for

Rise from the floor

Keep within the Law

Fight with everything in your bones

Fight even if you’re stoned

Fight even when you’re alone

For this field much has been sown

Draw strength from His throne

Know He fights for His own.

11 And after him was Shammah the son of Agee the Hararite. The Philistines had gathered together into a troop where there was a piece of ground full of lentils. So the people fled from the Philistines.
12 But he stationed himself in the middle of the field, defended it, and killed the Philistines. So the LORD brought about a great victory.
2Sam23:11-12,

12 And from the days of John the Baptist until now the kingdom of heaven suffers violence, and the violent take it by force.
Matt11:12,

11 And they overcame him by the blood of the Lamb and by the word of their testimony, and they did not love their lives to the death.
Rev12:11

Obtain Your Copy of Sing a New Song