Dare to be Disciplined 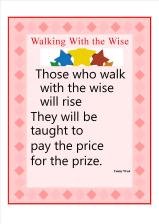 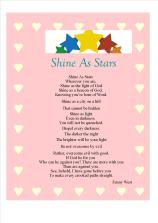 Dare to be disciplined,
devoted, diligent,
Distinctive, distinguished,
Determined with a do or die disposition
In all you lay your hands to do.
Then, without a shadow of doubt, you will dominate in any field of your endeavours.
Nothing will stop you as you assail and prevail.
You will be a pace-setter, a trend blazer, a ground breaker, a history maker and a reference point for your peers. And all your previous achievements and accolades will be like a child’s play.
This is your heritage as a citizen of heaven, a son of God with the divine  nature, Grace-Made, the righteousness of God, a New Creation, and  a king-priest.
This is your heritage as a member of the chosen generation, the Royal priesthood, a king, a mighty man of God, the temple of God, an heir of God and a joint heir with Christ, translated from the dominion of darkness and catapulted into the Kingdom of God and the kingdom of light and life. Why? Because you are in the  spirit and given life by the Spirit.

Let no one or no foe short-change you, or preclude from accomplishing all that God has called you to accomplish in your generation.

Keep your focus on Him. Speak like Him. Love Him. Be bold like Him. Think like Him. Speak of your love for Him. And He will make you a wonder in your generation.

18   Now at the end of the days, when the king had said that they should be brought in, the chief of the eunuchs brought them in before Nebuchadnezzar.

19   Then the king interviewed them, and among them all none was found like Daniel, Hananiah, Mishael, and Azariah; therefore they served before the king.

20   And in all matters of wisdom and understanding about which the king examined them, he found them ten times better than all the magicians and astrologers who were in all his realm.