The Currency of Faith & the Strength of Love 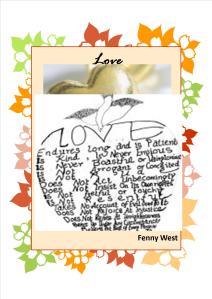 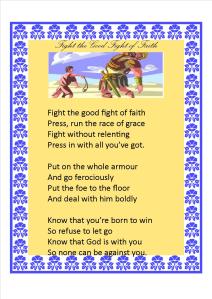 The currency of Faith
Remains relevant – in fact
Essential in any walk of faith.
Without it you cannot engage
In any spiritual transaction
That will hold water.
That is why the just shall live by faith
And without faith, it is impossible to please God.
However, faith has a twin-love.
That is why faith works by love.
That is why love is the greatest.
So increase your faith by the Word of life you hear and increase your love by walking in love; walking as He walked;

talking as He talked, giving as He gave and seeing as  He sees.

Light In Dark A World 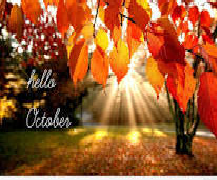 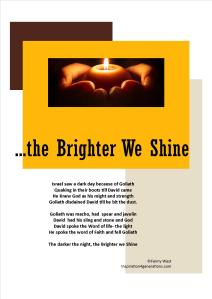 Father, I thank You for making me a light in a dark World. Thank You that when it gets darker, I have the opportunity to shine brighter. I shall not be afraid of darkness ; rather I will let my light so shine that men will see my good works and glorify my Father in heaven. I shall not be overcome by darkness, but I will overpower and overshadow darkness because greater is He that is in me than he that is in the world. I have what it takes to shine. I overcome evil with good. I replace hate with love. I radiate the glory of God wherever I go. I am a cause for celebration, a breath of fresh air, a bringer of joy unspeakable and full of glory.
Everything about me is blessed. I am blessed to be a blessing to God, my world and my generation. I am the head and not the tail. I am the righteousness of God in Christ. Sin has no power over me.
No weapon fashioned against me shall prosper. Every tongue that rises against me in judgement, I refute.
I am blessed in my going out and in my coming in. And I go about doing good like my Lord. Creation will indeed see the manifestation of a son of God in me, in all I do, wherever I go.
The Holy Spirit indwells me and He directs me, Propels me, energises me, empowers me and I overcome in all my encounters.
If God be for me, who or what can be against me?
If God did not spare His Son but delivered Him up for me, then how will He not with Him, freely give me all thing?
Who or what shall separate me from the love of God? Shall tribulation or distress?
Shall persecution?
Shall distress, famine, nakedness, peril or sword?
Nah! In all these things I am more than a conqueror.
Therefore, neither death, nor life nor angels, nor principalities, nor powers impending or threatening or height nor depth nor things present nor things to come shall be able to separate me from the love of God in Christ Jesus. Christ in me, my hope of glory.
Jesus said, “In the world you will have tribulation, but be of good cheer. I have overcome the world.”
Therefore, I overcome every darkness by shining my light to dispel the darkness.
I am the Salt of the earth. And wherever I go I bring a good flavour and make people’s lives taste better and make them song for joy. I am a Solution Centre, a riddle dissolver like Daniel, a life preserver and dream interpreter like Joseph of old.

I am light in a dark world!

When Pressure Is On 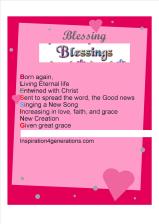 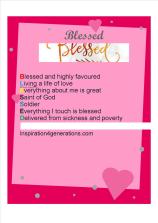 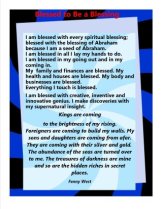 Blessed to be a blessing
Loved with an everlasting love
Enthroned with Christ; reigning with Him
Successful, ,
Seeing through God’s eyes
Empowered by the Holy Spirit
Dead to sin and alive to God

Bold
Laced with super-abundant grace
Extraordinary,
Supernatural
Surrounded with angels
Everything is mine
Destined to go from strength to strength

Bone of His bone and flesh of his flesh
Living a life of Victory and abundance
Encapsulated by God’s love
Sower of good seeds
Supernaturally supplied,
Endowed with hidden riches in secret places
Dependent on the Most High

Dare to be Disciplined 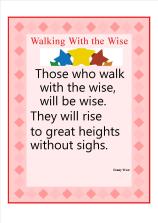 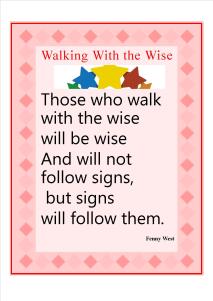 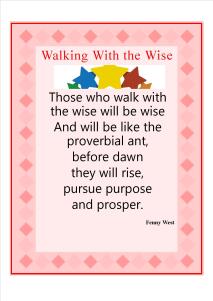 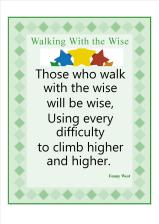 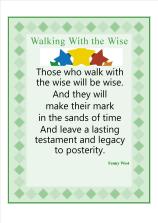 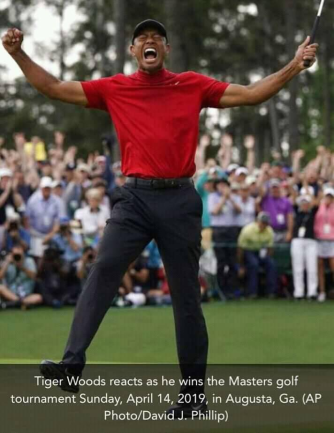 Dare to be disciplined,
devoted, diligent,
Distinctive, distinguished,
Determined with a do or die disposition
In all you lay your hands to do.
Then, without a shadow of doubt, you will dominate in any field of your endeavours.
Nothing will stop you as you assail and prevail.
You will be a pace-setter, a trend blazer, a ground breaker, a history maker and a reference point for your peers. And all your previous achievements and accolades will be like a child’s play.
This is your heritage as a citizen of heaven, a son of God with the divine  nature, Grace-Made, the righteousness of God, a New Creation, and  a king-priest.
This is your heritage as a member of the chosen generation, the Royal priesthood, a king, a mighty man of God, the temple of God, an heir of God and a joint heir with Christ, translated from the dominion of darkness and catapulted into the Kingdom of God and the kingdom of light and life. Why? Because you are in the  spirit and given life by the Spirit.

Let no one or no foe short-change you, or preclude from accomplishing all that God has called you to accomplish in your generation.

Keep your focus on Him. Speak like Him. Love Him. Be bold like Him. Think like Him. Speak of your love for Him. And He will make you a wonder in your generation.

18   Now at the end of the days, when the king had said that they should be brought in, the chief of the eunuchs brought them in before Nebuchadnezzar.

19   Then the king interviewed them, and among them all none was found like Daniel, Hananiah, Mishael, and Azariah; therefore they served before the king.

20   And in all matters of wisdom and understanding about which the king examined them, he found them ten times better than all the magicians and astrologers who were in all his realm.

I Walk in the Blessing Only 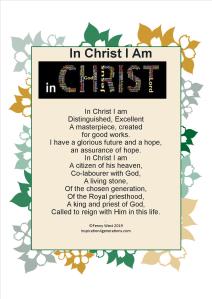 There is only life- not death- but life.
We walk in the blessing only
Because the boundary lines
Have fallen in pleasant places for me.
And I  have a goodly, godly heritage.

that the blessing of Abraham might rest on me.

I walk in the blessings only
Because no curse causeless shall alight on me,
Christ fully paid the penalty of sin
When on the Cross He said, “It is finished.”

I  walk in the blessing only.
Because the expectation of the righteous

shall not be cut off or cut short.
God said it and I believe it and that settles it.

Whose report shall I believe?

I walk in the blessing only
Christ is my life . My life is hidden in Christ in God

and He is not cursed.
He is the blessing of God to mankind.
As many as believe in Him are blessed.

I walk in the blessing only
Because as He is, so we am I in this world.
I am in Him and in Him is no curse.
In Him is love, peace, joy, light, eternal life
Abundant life, all wisdom, righteousness
Health, wealth, strength, insight, knowledge that surpasses.

from me  and as high as the heavens are above the earth,

so great is His love towards me. He made me the head
And not the tail.

Surely, Goodness and mercy follow me all the days of our lives.