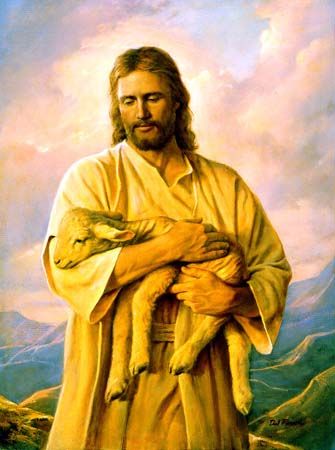 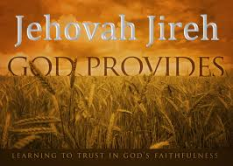 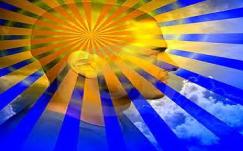 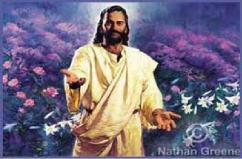 Not the circumstance, not the things you see, not the problems, not the raging sea, not the storm or stumbling blocks, not the difficulties.
For the things you see, your light affliction which is but for a moment, is working for you, an eternal weight of glory. The stumbling blocks are stepping stones-like ladders to a higher ground. The fiery furnace is purifying you to radiate the glory of God. It is burning off the dross so the gold in you can be seen. It is reducing your carnal nature so your divine nature will be resplendent, super-abundant and unmistakable.

35 On the same day, when evening had come, He said to them, “Let us cross over to the other side.”36 Now when they had left the multitude, they took Him along in the boat as He was. And other little boats were also with Him.37 And a great windstorm arose, and the waves beat into the boat, so that it was already filling.38 But He was in the stern, asleep on a pillow. And they awoke Him and said to Him, “Teacher, do You not care that we are perishing?”39 Then He arose and rebuked the wind, and said to the sea, “Peace, be still!” And the wind ceased and there was a great calm.

1 Then they came to the other side of the sea, to the country of the Gadarenes. Mark4:35-Mark 5:1

Keep your eyes on Jesus and the Goliath who taunts will fall down flat on his face and you will stand on him and cut off his head with his sword. For where you have been tried the most will deliver to you, your greatest blessing; your cross holds the key to your treasures of darkness and hidden riches in secret places. Your barriers shall be the birth place of your abundance of the seas.

48   So it was, when the Philistine arose and came and drew near to meet David, that David hurried and ran toward the army to meet the Philistine.

49   Then David put his hand in his bag and took out a stone; and he slung it and struck the Philistine in his forehead, so that the stone sank into his forehead, and he fell on his face to the earth.

50   So David prevailed over the Philistine with a sling and a stone, and struck the Philistine and killed him. But there was no sword in the hand of David.

51   Therefore David ran and stood over the Philistine, took his sword and drew it out of its sheath and killed him, and cut off his head with it. And when the Philistines saw that their champion was dead, they fled.1  Sam17:48-51

Make Jesus your focus and you will hear when He says, “Move forward!” regardless of the ‘Red Sea’ in front of you and the “Egyptian Army” behind you. You will know when to use what you have in your hands to path the Red Sea and walk on dry ground. You will know when all you need to do is sing the praises of He who has called you out of darkness into His marvelous light. And as you give a sacrifice of praise, the walls of Jericho will come tumbling down. You will boldly go into the Promised Land and possess your possession. You will enter into Goshen -best of the land, prepared for you from the beginning of time.

Genesis 47
1 Then Joseph went and told Pharaoh, and said, “My father and my brothers, their flocks and their herds and all that they possess, have come from the land of Canaan; and indeed they are in the land of Goshen.”

6 The land of Egypt is before you. Have your father and brothers dwell in the best of the land; let them dwell in the land of Goshen. And if you know any competent men among them, then make them chief herdsmen over my livestock.”

27 So Israel dwelt in the land of Egypt, in the country of Goshen; and they had possessions there and grew and multiplied exceedingly.

As you focus on Jesus you will hear When He says, “Pursue, overtake and you will doubtless recover all.” And as you pursue the marauding foes, fiends and Philistines, you will certainly overtake them and recover all you have lost. Yes as you obey the Word which sounded ridiculous:” Go out against your enemies.” even though they are heavily armed to the teeth, you will discover that the battle is not yours but the Lord’s. As you sing in the face of war, battle or confrontation He will cause your enemies to rise up against themselves and completely destroy themselves and leave the field of war littered with bodies and booties, spoils of war. The spoils will be so much that it will take years for you to harvest them.
Focus on Jesus despite the severe famine. For your sufficiency is of God and not of man. Even in the Day of famine He will satisfy you.

12 Then Isaac sowed in that land, and reaped in the same year a hundredfold; and the LORD blessed him.13 The man began to prosper, and continued prospering until he became very prosperous;14 for he had possessions of flocks and possessions of herds and a great number of servants. So the Philistines envied him.

Gen26:12
Focus on Jesus when the enemy keeps blocking the “wells” you dig. Do not give or throw in the towel. Do not give up. You have come too far to quit. Forward ever, backward never. The Lord is with you, in you and for you. No weapon fashioned against you shall prosper. You are more than a conqueror. Stand your ground and your adversaries will give up. Stand your ground and God will make room for you. You will have your Rehoboth. You will have your “Rachel” and out of her will come your Joseph-the fruitful bough; who will be used to save many; who be exceedingly blessed to be a blessing in the evil day, like Joseph of old.

Focus on Jesus and not on Peninnah who taunts you or despise or disdains you. You great gain,” Samuel”- more than seven sons is coming.

Focus on Jesus and you will serve before kings and not mere men. You will be a mover and a shaker in the world. Your accomplishments shall resound. You will go from glory to glory and from strength to strength and from faith to faith.

Focus on Jesus and your sons and daughters shall come from afar. They shall come laden with gold and silver to build your walls. Isa60

Focus on Jesus and all the key players and kings in your calling and ministry and mission will come render their service to you. They will be at your beck and call. They will be at your command. They will come and give their very best for the building of your magnificent edifice to the glory of God. Before you call, God will hear. And whilst you are yet speaking He will answer. You will be a well-watered garden and an eternal excellence and trophy in God’s hands.

Focus on Jesus and nothing will shake you or move you. You will not be envious of anyone who may seem to have run ahead of you. What is yours is yours. No one can dispossess you. Fix your gaze on Jesus and endure your cross like a good soldier of Christ. See the joy ahead of you and endure the trial. You will laugh best even though you laugh last. The last shall be the first and the first shall be the last. You will be an enigma to many. They will say, “We can’t understand. This is a miracle. It is truly the power of God.”
It shall sound like: “When the Lord brought back the captives of Zion, we were like those who dreamed. “Our mouths were filled with laughter and our tongues with songs of Joy. For it was said among the nations, ‘The Lord has done great things for them.'”

Fix your eyes on Jesus like Mary and you will obtain and retain a gain that nobody can take from you. You will obtain the best part that the world cannot give you and cannot take away from you.

13 Those who are planted in the house of the LORD Shall flourish in the courts of our God.

14 They shall still bear fruit in old age; They shall be fresh and flourishing,

4 Blessed are those who dwell in Your house; They will still be praising You. Selah5

Blessed is the man whose strength is in You, Whose heart is set on pilgrimage.6 As they pass through the Valley of Baca, They make it a spring; The rain also covers it with pools.7 They go from strength to strength; Each one appears before God in Zion. P84:4-7