Talk the Word Only

Think the Word only. 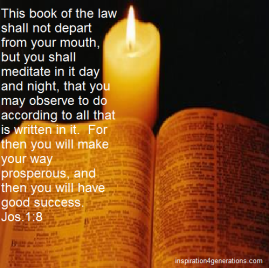 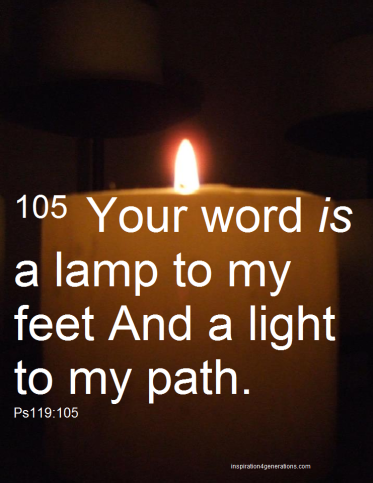 Speak the solutions only;
Speak the light only;
See and say the answer;
Speak the Word of the Master.

Declare the will of God;
Decree the Word of God;
Let it not depart from your mouth;
Let it dwell in you richly.

Speak the word to your situation.

Speak the word to your opposition

Speak the Word to your resistance

Speak the Word to Your hindrance

Speak the Word to your adversaries

Speak the Word to your body.

Speak the Word to your career

Speak the Word to your business.

Speak the Word to your Assignment-

your vision and your purpose.

Speak the word to your purse and bank account.

Hide it in your heart.
Talk the Word only.
Handle it skilfully.
Talk the mind of God only.

7 I was forty years old when Moses the servant of the LORD sent me from Kadesh Barnea to spy out the land, and I brought back word to him as it was in my heart.8 Nevertheless my brethren who went up with me made the heart of the people melt, but I wholly followed the LORD my God. Josh14:7-8

29 Let no corrupt word proceed out of your mouth, but what is good for necessary edification, that it may impart grace to the hearers.Eph4:29

26   Now they departed and came back to Moses and Aaron and all the congregation of the children of Israel in the Wilderness of Paran, at Kadesh; they brought back word to them and to all the congregation, and showed them the fruit of the land.27 Then they told him, and said: “We went to the land where you sent us. It truly flows with milk and honey, and this is its fruit.28 Nevertheless the people who dwell in the land are strong; the cities are fortified and very large; moreover we saw the descendants of Anak there.29 The Amalekites dwell in the land of the South; the Hittites, the Jebusites, and the Amorites dwell in the mountains; and the Canaanites dwell by the sea and along the banks of the Jordan.”

30   Then Caleb quieted the people before Moses, and said, “Let us go up at once and take possession, for we are well able to overcome it.”

31   But the men who had gone up with him said, “We are not able to go up against the people, for they are stronger than we.”32 And they gave the children of Israel a bad report of the land which they had spied out, saying, “The land through which we have gone as spies is a land that devours its inhabitants, and all the people whom we saw in it are men of great stature.33 There we saw the giants (the descendants of Anak came from the giants); and we were like grasshoppers in our own sight, and so we were in their sight.“Num13:26-33

6     But Joshua the son of Nun and Caleb the son of Jephunneh, who were among those who had spied out the land, tore their clothes;7 and they spoke to all the congregation of the children of Israel, saying: “The land we passed through to spy out is an exceedingly good land.8 If the LORD delights in us, then He will bring us into this land and give it to us, ‘a land which flows with milk and honey.’9 Only do not rebel against the LORD, nor fear the people of the land, for they are our bread; their protection has departed from them, and the LORD is with us. Do not fear them.” Num14:6-9

20   Then the LORD said: “I have pardoned, according to your word;21 but truly, as I live, all the earth shall be filled with the glory of the LORD —22 because all these men who have seen My glory and the signs which I did in Egypt and in the wilderness, and have put Me to the test now these ten times, and have not heeded My voice,23 they certainly shall not see the land of which I swore to their fathers, nor shall any of those who rejected Me see it.24 But My servant Caleb, because he has a different spirit in him and has followed Me fully, I will bring into the land where he went, and his descendants shall inherit it.25 Now the Amalekites and the Canaanites dwell in the valley; tomorrow turn and move out into the wilderness by the Way of the Red Sea.”

26   And the LORD spoke to Moses and Aaron, saying,27 “How long shall I bear with this evil congregation who complain against Me? I have heard the complaints which the children of Israel make against Me.28 Say to them, ‘As I live,’ says the LORD, ‘just as you have spoken in My hearing, so I will do to you: Num14:6-9,20-28

You are snared by the words of your mouth;

You are taken by the words of your mouth.Prov6:2

23 For assuredly, I say to you, whoever says to this mountain, ‘Be removed and be cast into the sea,’ and does not doubt in his heart, but believes that those things he says will be done, he will have whatever he says.24 Therefore I say to you, whatever things you ask when you pray, believe that you receive them, and you will have them. Mark11:23-24

8 This Book of the Law shall not depart from your mouth, but you shall meditate in it day and night, that you may observe to do according to all that is written in it. For then you will make your way prosperous, and then you will have good success. Joshua1:8